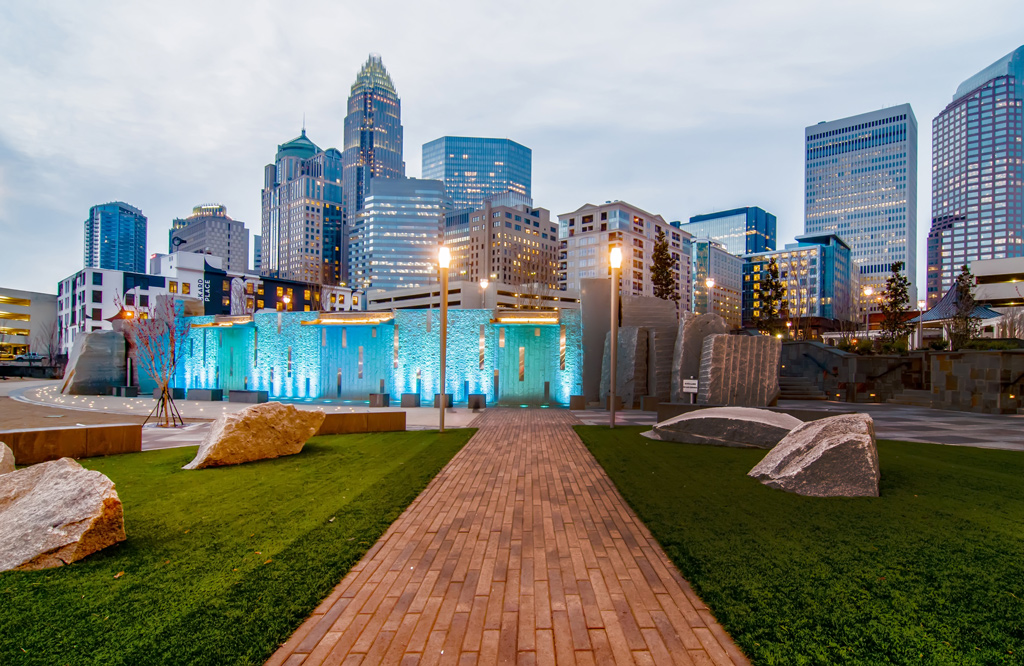 It isn’t hard to see why people are flocking to the Charlotte Metropolitan area every day. Charlotte, affectionately nicknamed the ‘Queen City’ in honor of its namesake, Queen Charlotte, appeals to just about everyone with its affordability, temperate climate, ideal location and a thriving urban core.

The largest city in both Carolinas, Charlotte is geographically located midway between the Blue Ridge Mountains and the Atlantic Ocean. A diverse city with a thriving urban community and plentiful charming suburban neighborhoods, it has also grown to become one of the country’s largest banking centers – second to only New York City – as the corporate headquarters of Bank of America and the East Coast headquarters of Wells Fargo.

According to the most recent U.S Census study, the Charlotte region sees, on average, 42 people moving here each day, and expects to add another 1.8 million people and 860,000 jobs by 2050, making it one of the top five fastest growing cities in the country.

For more information about relocating to the Charlotte area, please contact our Relocation Director, Suzanne Lail.